Maia Gogashvili – since 2012 Head of the Nursing Department at the School of Health Sciences and Public Health of the University of Georgia. Has PhD degree in Public Health. Has years of experience in: Teaching, development and implementation of degree curricula and Syllabuses in nursing; management and coordination of local and international projects; development and teaching of nursing courses; expert advisory work. She has actively participated in many international meetings related to Nursing and Health Care Management, education. 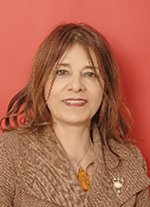 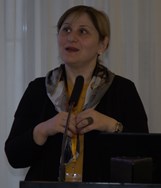 Manana Machitidze graduated from the Faculty of Pediatrics of Tbilisi State Medical University. After finishing her studies, she worked as a neonatologist in the maternity clinic and taught pediatrics course at the medical college. In 2009-2010 she completed nurse-TOT and nurse-leader training courses of Emory University. Currently she is a coordinator of the Education Department of the Georgian Nurses Association. Since 2010, she has been working at the University of Georgia as a clinical mentor. From 2016 she is a clinical teaching coordinator at the same University. She has published two books: ,,Nursing Care for Patients with Cardiovascular Pathology” and ,,Nursing Care for Patients with Mental Health”. Manana was a member of the working group for developing nursing protocols. 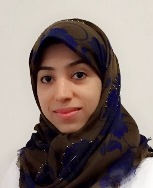 Ms. Al-Shualah has completed her MSN degree from University of Dammam with a first-class honor. She is leading Nursing Education & Training, at Royal Commission Hospital in Jubail Saudi Arabia. She has published in many national and international journals, lately in the show edition of Arab Health Magazine & Journal of Nursing and Healthcare. She has participated in many national and international conferences. She is a member in “Saudi Heart Association”, “The Saudi Critical Care Society” and “European Society of Cardiology”. Dr. Hala M. Bayoumy, B.Sc.N, M.Sc.N., PhD is assistant professor of Nursing , King Saud Bin Abdulazziz University for Health Sciences, Nursing College, Saudi Arabia. Dr. Hala is an author of many research papers and articles published in different journals and magazine. She has presented papers and scholarly work in numerous national and International conferences. She is in the editorial board of many journals and member of many academic bodies.

Extensive research in exploring impact of different illness conditions, treatment modalities and nursing interventions on the functional status, self-care skills and quality of life of patients. Some other research focus includes nursing education (e.g., use of advanced educational technology and advanced assessment techniques). Also research in areas of caring and nursing as well as patient perception of needs are of main interest.

Claude Billeaud received his MD degree from the Medical University of Bordeaux ( France) in 1979 after a graduation in human cytogenetics (1976). He then studied pediatrics and has been the Clinical Assistant Director of Bordeaux University in the departments of Pediatrics, Neonatology and Intensive Care since 1983. He currently serves as a pediatrician in the neonatal unit at the Children’s Hospital of Bordeaux, as a scientific manager of Bordeaux-Marmande human milk bank, as a lecturer and head of research (HDR : Habilitation to direct research) in neonatal nutrition at the Medical University of Bordeaux. His particular interest in research led him to graduate in Biology and Health (1988, Bordeaux), be awarded a master in statistics applied to clinical research ( 1991, Montreal) and complete a PhD in nutrition and food science (2000, Bordeaux). Along his career he has often been invited as a guest professor specialised in nutrition and neonatology in various universities abroad ( Montreal, Corrientes in Argentina). Over the last 35 years, he has been an active member of different scientific organisations, either French, European or American, specialised in perinatal medicine (neonatology, pediatrics and nutrition). In this instance, he has served as the President of the Association for Pediatric Education in Europe (A.P.E.E) since 2008 and behalf APEE he is Member of European Academy of Paediatrics (EAP). He has also been very involved in the French human milk banking association (ADLF) for more than 10 years, sharing his academic knowledge focused in nutrition and his long clinical experience in neonatology. He is currently carrying out several researches on the composition of human milk. As an expert in nutrition and perinatal medicine, he is also the author and co-author of numerous scientific publications. Dr. Dwight Lin is a graduate of Cornell University (1990, B.A. in Neurobiology & Behavior) and Hahnemann University School of Medicine (M.D., 1995.) He completed his residency and specialty training at Harvard Medical School (1999) and is certified by the American Board of Physical Medicine and Rehabilitation (PM&R). Over the past 18 years, Dr. Lin has remained dedicated to providing Hawaii with the most up to date and innovative non-surgical care for back pain, sciatica, sports, and musculoskeletal injuries. His philosophy is that compassionate, evidence guided care and patient education will keep Hawaii active and healthier.

Rodolfo C. Borromeo has completed his Doctoral degree, major in Educational Management at the Philippine Women’s University. He is currently the Director of Nursing Service Division of San Juan de Dios Educational Foundation, Inc. – Hospital since 2005. He is also the Vice President of the Association of Nursing Service Administrators of the Philippines (ANSAP) and is a member of the Ethics Committee and Chairman of the Research Committee of the same organization.

Dr Sarah Cope is an Assistant Professor in Nursing within the Faculty of Health, School of Nursing and Midwifery at the University of Canberra. Sarah is a Registered Nurse and holds a Bachelor of Nursing, a Master of Nursing and a Doctor of Health Science from Queensland University of Technology, Dementia Collaborative Research Centre: Carers and Consumers. Her thesis titled: The performance of caring: the construction of nursing care for people with dementia who live in residential facilities and wander. Her research interpreted that a social order of practice was constructed in through spatial and temporal frames within the residential setting. Sarah is cuurently a committe member for the Ausstralain Assocciation of Gerontology/ Australian Captial Territory.